We write the integers of A and B (in the order they are given) on two separate horizontal lines.

Now, we may draw a straight line connecting two numbers A[i] and B[j] as long as A[i] == B[j], and the line we draw does not intersect any other connecting (non-horizontal) line.

Return the maximum number of connecting lines we can draw in this way. 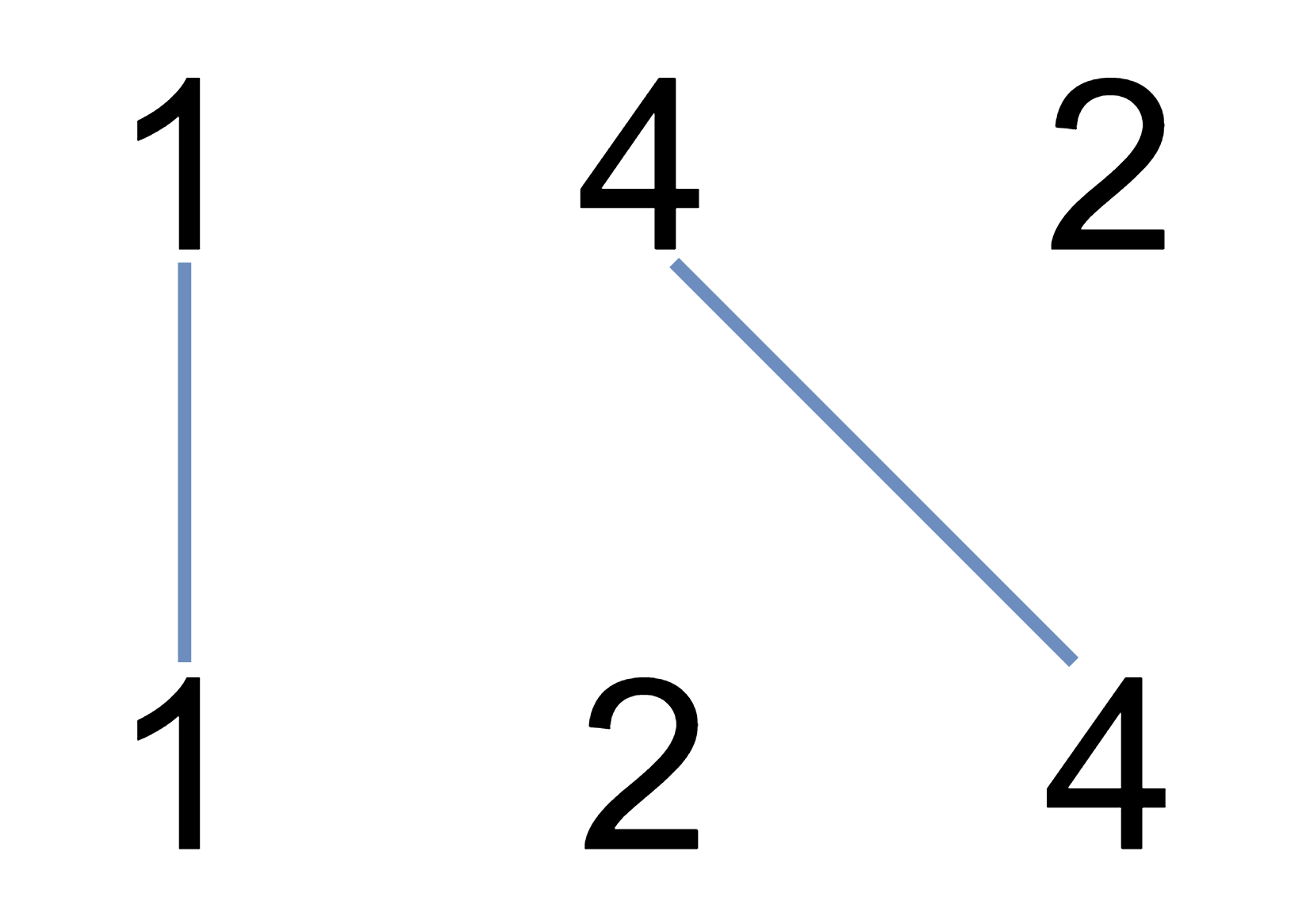 Given a 2-dimensional grid of integers, each value in the grid represents the color of the grid square at that location.

Two squares belong to the same connected component if and only if they have the same color and are next to each other in any of the 4 directions.

Given a square at location (r0, c0) in the grid and a color, color the border of the connected component of that square with the given color, and return the final grid.

Three stones are on a number line at positions a, b, and c.

Each turn, let’s say the stones are currently at positions x, y, z with x < y < z. You pick up the stone at either position x or position z, and move that stone to an integer position k, with x < k < z and k != y.

The game ends when you cannot make any more moves, ie. the stones are in consecutive positions.

When the game ends, what is the minimum and maximum number of moves that you could have made? Return the answer as an length 2 array: answer = [minimum_moves, maximum_moves]

Two strings X and Y are similar if we can swap two letters (in different positions) of X, so that it equals Y.

Together, these form two connected groups by similarity: {"tars", "rats", "arts"} and {"star"}. Notice that "tars" and "arts"are in the same group even though they are not similar. Formally, each group is such that a word is in the group if and only if it is similar to at least one other word in the group.

We are given a list A of unique strings. Every string in A is an anagram of every other string in A. How many groups are there?

There are N dominoes in a line, and we place each domino vertically upright.

In the beginning, we simultaneously push some of the dominoes either to the left or to the right.

After each second, each domino that is falling to the left pushes the adjacent domino on the left.

Similarly, the dominoes falling to the right push their adjacent dominoes standing on the right.

When a vertical domino has dominoes falling on it from both sides, it stays still due to the balance of the forces.

For the purposes of this question, we will consider that a falling domino expends no additional force to a falling or already fallen domino.

Alice plays the following game, loosely based on the card game “21”.

Alice starts with 0 points, and draws numbers while she has less than K points. During each draw, she gains an integer number of points randomly from the range [1, W], where W is an integer. Each draw is independent and the outcomes have equal probabilities.

Alice stops drawing numbers when she gets K or more points. What is the probability that she has N or less points?

Two rectangles overlap if the area of their intersection is positive. To be clear, two rectangles that only touch at the corner or edges do not overlap.

Given two rectangles, return whether they overlap.